In this article, we will see how to create a bot vs. multiplayer tic-tac-toe game in blazor. Blazor is an open source .NET web front-end framework that allows us to create client-side applications using C# and HTML. This is a simple asp.net core hosted server-side blazor front-end application with Game UI razor component and signalR game hub to connect players with the bot to play the game. The Game Bot is created with .Net Core Background Service with core game engine to identify the best move against a player using minimax recursive algorithm. The entire source code is uploaded in my github repository.

How It Works - Demo 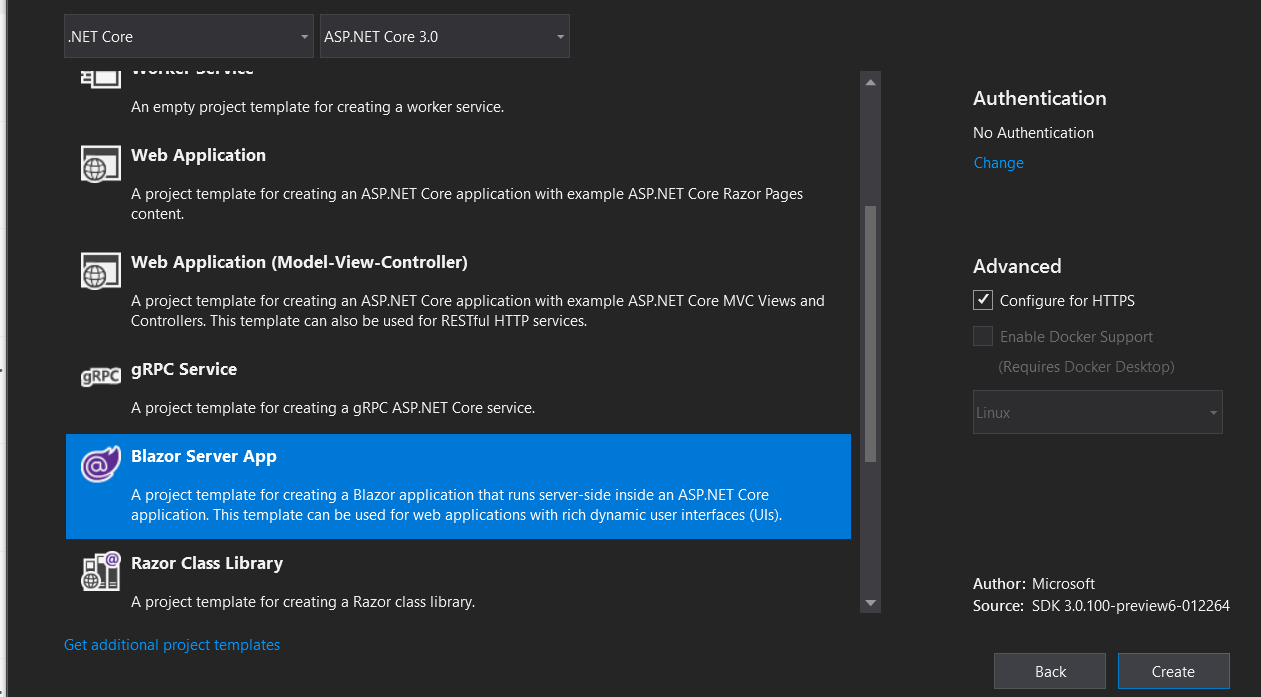 In the solution explorer, add a new Razor component called TicTacToe.razor file and put the Tic-Tac-Toe board design and logic in the component. It also initializes the signalR hub client.

In this component, we have three layouts. The main layout will render the tic-tac-toe board. The other two layouts will show the result of the winner or draw panel. The main layout is using the bootstrap container to design the board, and each cell is associated with onclick event method to notify the hub with the selected cell value.

In OnInitAsync Method, We initialize the board with the default index values. By default, the player will use X symbol and the bot will use O symbol to play.

We will also initialize signalR hub in OnInitAsync method. On click of the Cell, OnSelect method gets executed, and board item array will now have the data with the player move and send the entire board array as a parameter to hub method OnUserMoveReceived. It also listens to NotifyUser Hub method which is invoked by a bot with its move.

This hub class will hold the following signalR methods.

The game bot is developed using .Net Core background service; when it started, it will connect to signalR hub. When it joins, it invokes OnBotConnected method to add it into the BOT signalR group. When it receives the message from hub with the board array data, it calculates the next best move by calling GetBestSpot method from the game engine and sends it back to the caller with its move.

When the background service is stopped, it disposes the signalR connection and remove it from BOT group.

Blazor is super useful for .NET developers who are not interested in learning javascript for front-end development. This article shows how easy to develop real time blazor application with signalR. I have used minimax algorithm to identify the best spot available. It will be more interesting to use reinforcement machine learning algorithm for AI to learn and identify based on rewards instead of recursive minimax algorithm. This will be a good use case to try when ML.NET introduce reinforcement learning library.

The entire source code is uploaded in my github repository. Happy Coding.